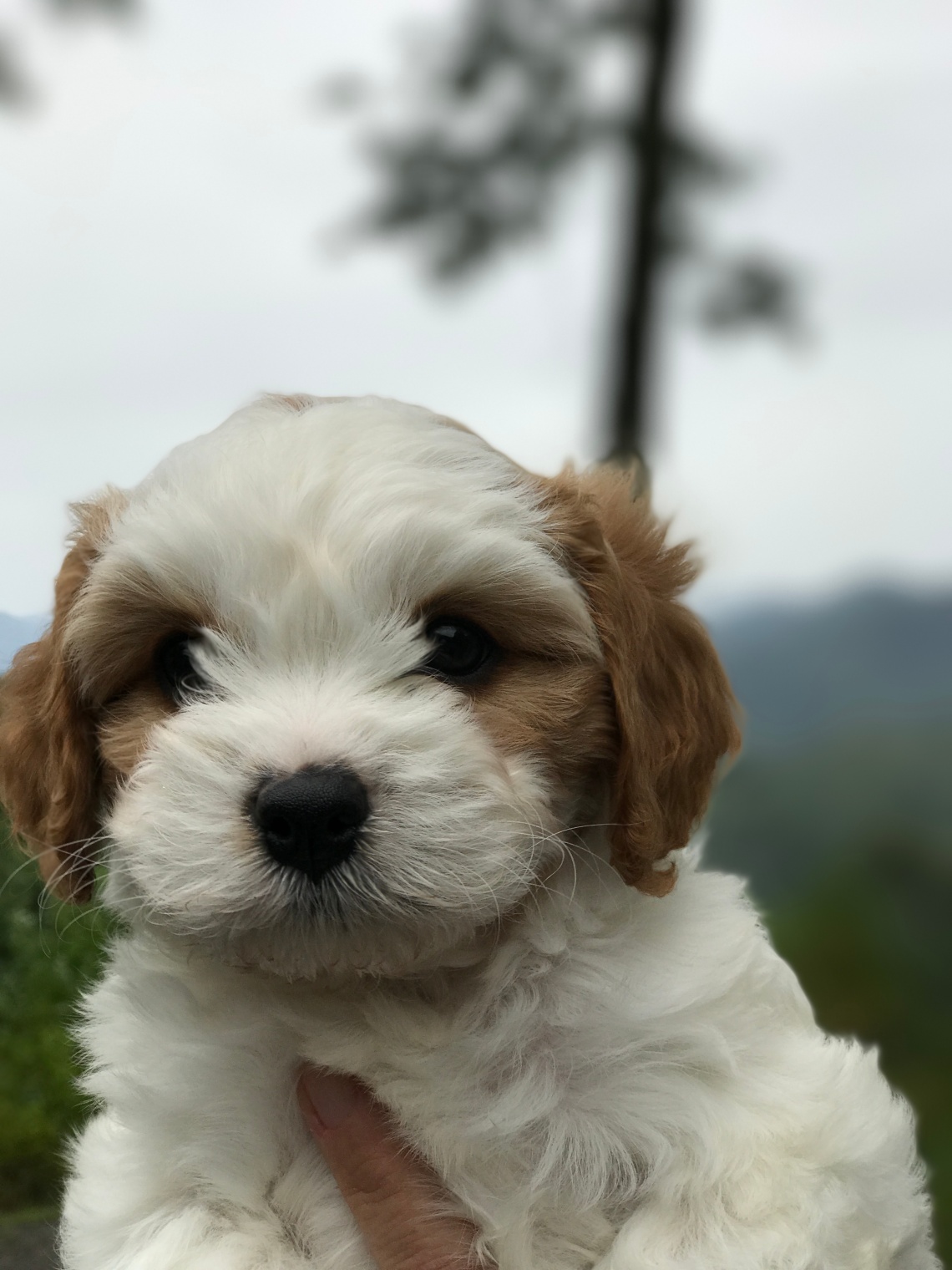 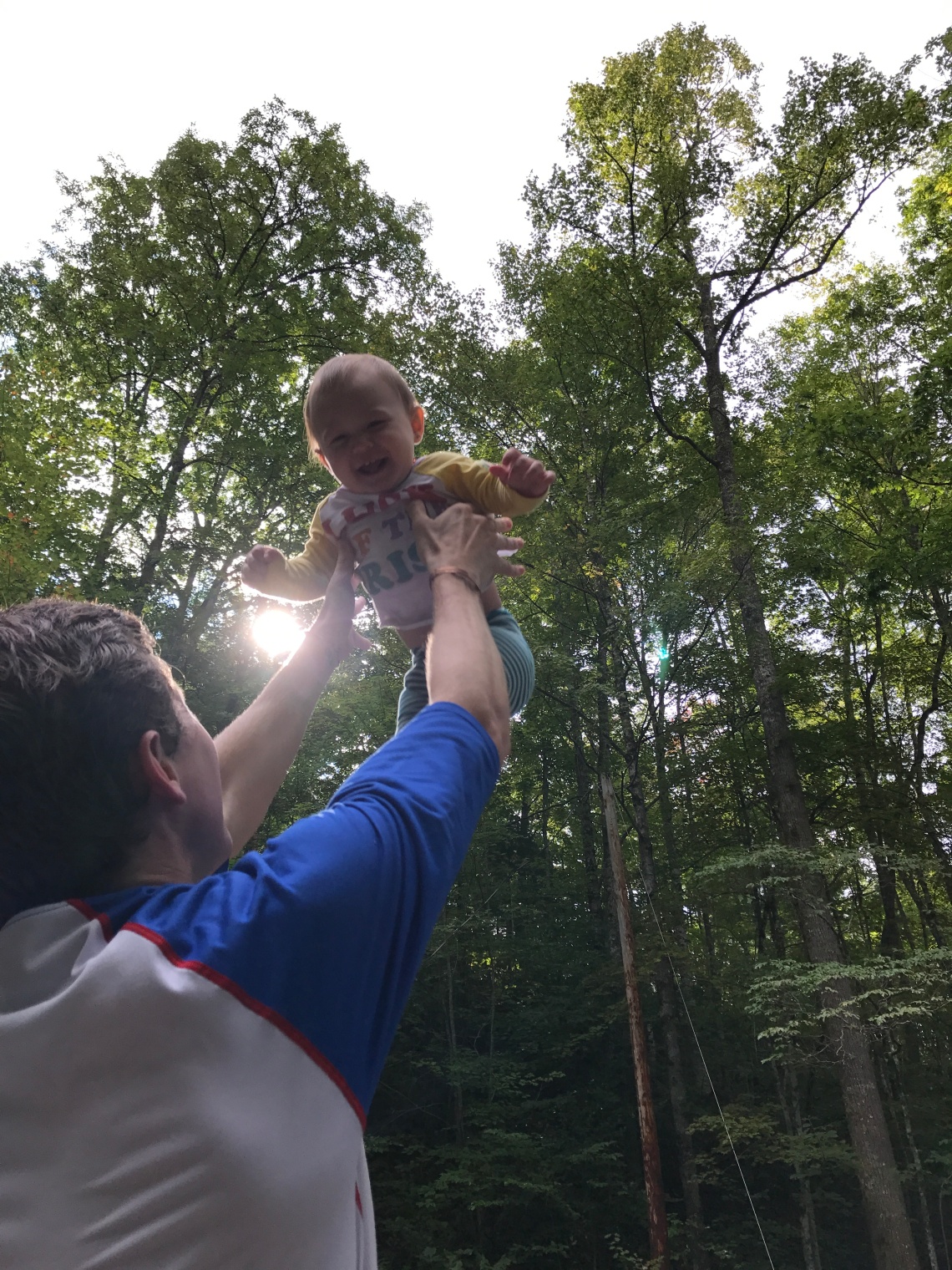 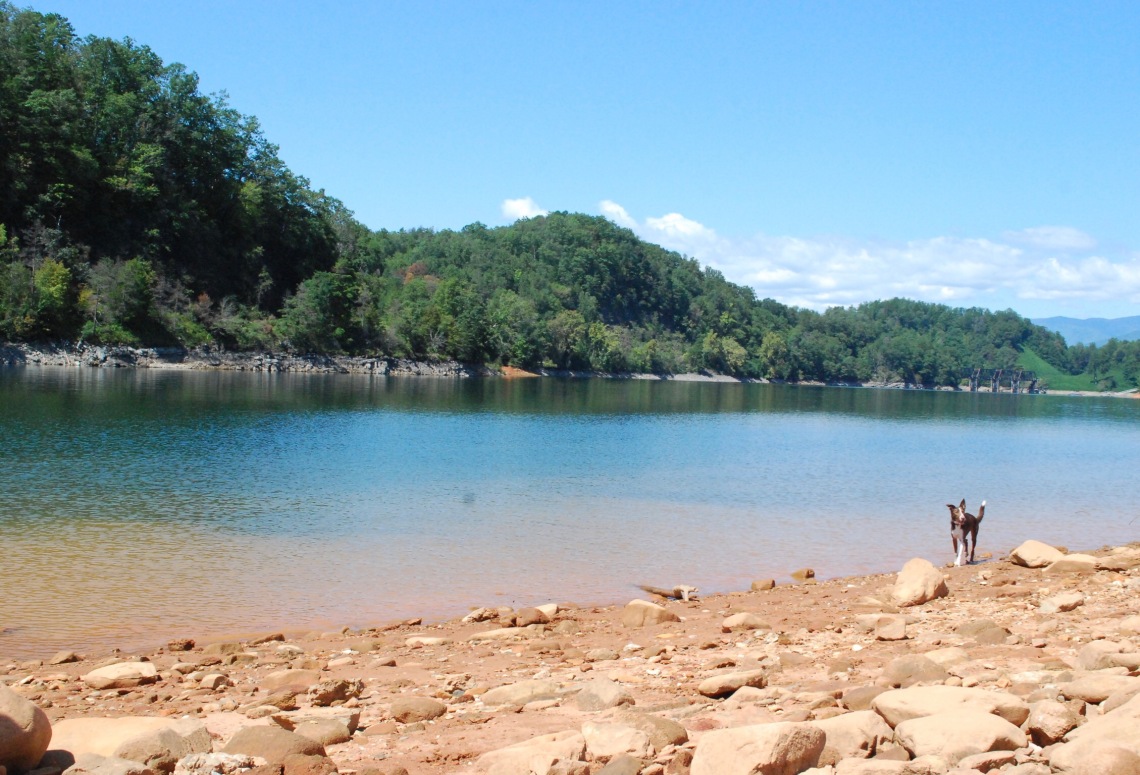 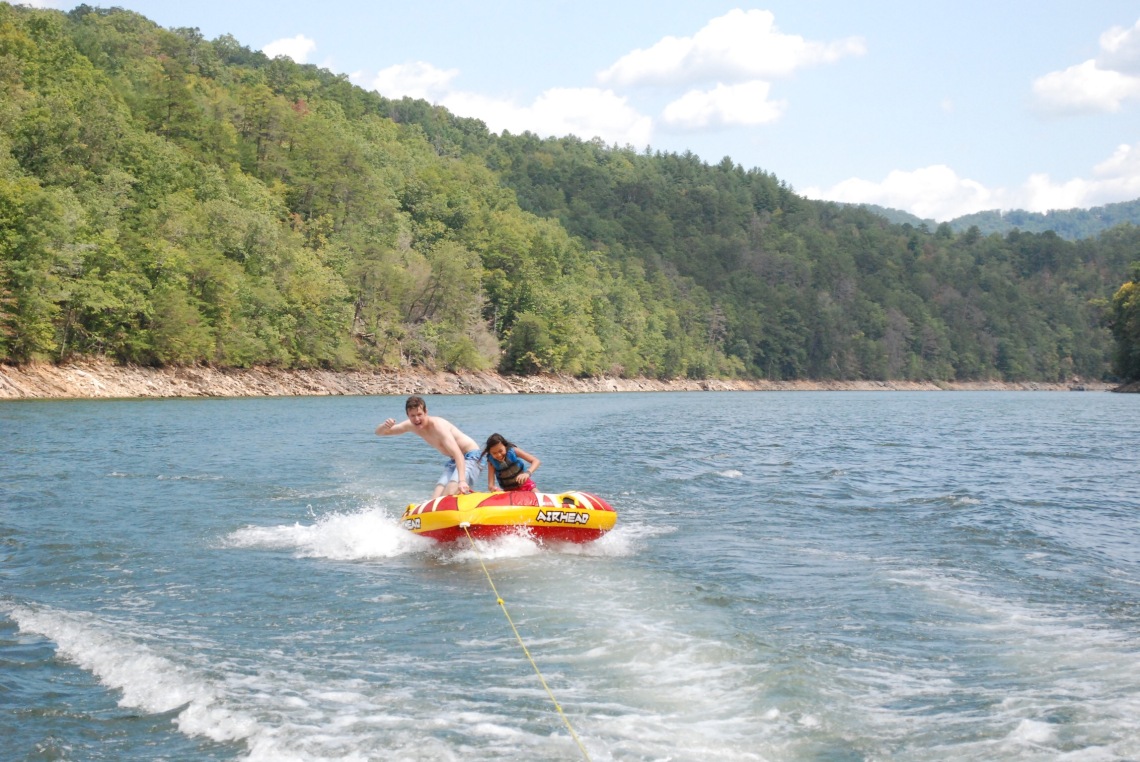 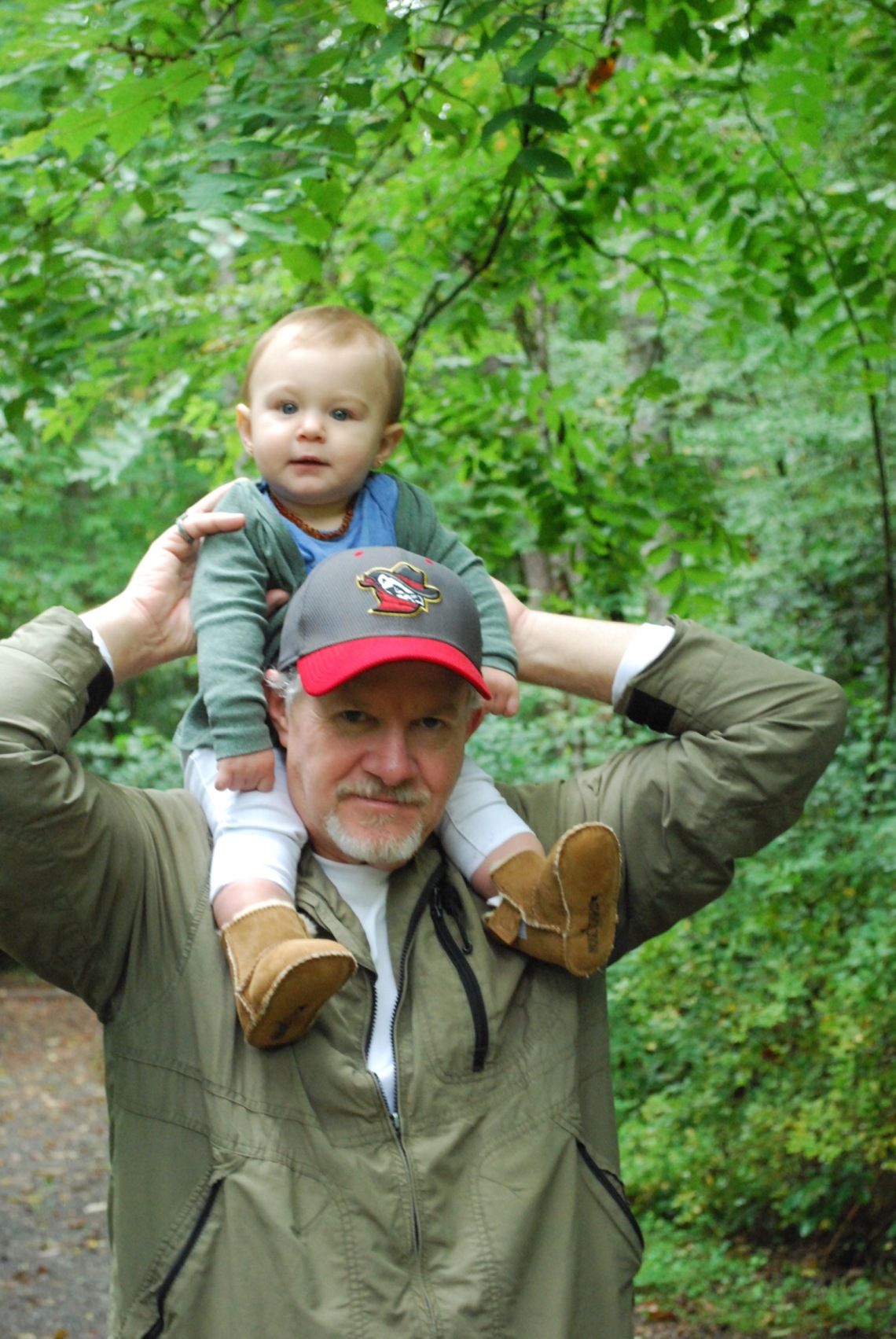 As many of y’all know, we live in the Tampa, Florida area.  Hurricane Irma decided to come hangout in Florida and we had quite the experience. I want to first start off by saying how extremely grateful I am that Irma didn’t hit the Tampa area as hard as originally expected. It was once predicted to hit us as a category 4 or 5 hurricane, but hit Tampa at only a 1 and the eye of the hurricane had basically fallen apart. There were still many homes and lives affected but it could have been MUCH worse.

Growing up in Tampa, we kinda mocked hurricanes. We knew if people were new to the area when they voiced that they were nervous for hurricane season. Somehow Tampa has been extremely lucky and hasn’t been directly hit by a hurricane in a very long time (I believe the last one was in 1922.)

When I heard about Irma it was not long after Houston got hit by Hurricane Harvey, so the fear was much more present after seeing how badly Harvey had destroyed homes and lives. I called my parents and Jordan (he was away on a business trip) and told them that Irma was looking like she was heading towards us. My mom and I found a vacation home for rent in Western North Carolina and we made reservations. We didn’t think twice. Being responsible for Scotland’s safety, it wasn’t even really a question. I didn’t want to risk staying home and putting her in danger. We live in a flood zone and my parent’s house has lots of large oak trees surrounding it so we didn’t feel safe staying at either house.

Once the commotion of everyone either prepping to stay at their houses or prepping to evacuate began, our town felt almost apocalypse-like; there was no water for purchase anywhere. Gas was hard to find. Plywood, duct tape, generators, and other home preparation supplies were completely sold out.

Tuesday and Wednesday I spent prepping my house with what we had to evacuate and began to pack up my “valuables.” That felt very surreal to decide which items I would and would not be okay if they were lost or damaged. Jordan’s cousin rents our guest room from us and he helped me SO much since J was out of town during most of the prep. To make things crazier, we got a puppy, Quincey,  on Wednesday night, which we had orginally planned to get a week later but we were luckily able to get him and his brother (my parents have his brother, Wesley) before heading up to  North Carolina.

So that night was a blur of taking pictures and videos to document our home, packing up important documents, sandbagging the perimeter of the house, and trying to get most of our belongings off the floor in case of flooding … all while taking care of a new puppy and a baby. Crazy I tell ya.

Jordan got home that evening and my dad flew in around 11 p.m. My parents met us at our house at about 1 a.m. (Thursday) and we began our long drive up to North Carolina. I’m so glad we left when we did. The traffic was pretty awful but it just kept getting worse and worse the longer that people waited to evcauate. We made it to our rental home in about 15 hours (normally with little to no stops it would take just over 9 hours).  Jordan and his cousin rode in one car with Cooper (our big dog) and I had Scotland in my car which was stuffed to the brim. She is a champ and did so well on the way up.

We tried to have as much fun as poosible while away.

We went boating, hiked, went to local waterfalls and explored the little towns near us and went to the Great Smoky Mountain National Park. Everyday there were tears though because we were so worried about all of our family and friends who didn’t leave.

We did have a kind of neat experience. We were walking in the cutest little downtown street in Bryson City,  NC after lunch one day, and noticed that something was happening about 20 yards ahead. Jordan took off up the road to help; the sweetest little old man had fallen off the back of his walker that he had been resting on and scraped the back of his head. Jordan helped the guy up while my mom and I went to a restaurant close by to get some ice. I ended up bringing Quincey, our new pup, and he sat and petted him the whole time he was waiting for the ambulance. Then my little brother brought their puppy over as well. His son was with him and told us all about how he was a WWII Vet and had been awarded The Purple Heart. It was a great experience to be able to help calm someone who had given so much for our country.  It was definitely an experience I will never forget.

We left a week later (Wednesday) and it took another 15 or so hours to get home. The drive back was pretty intense. We couldn’t find gas at our last stop and Jordan spotted a big tanker coming to fill up at a gas station so luckily we weren’t stranded. Scotland was SOOOO over being in her car seat, which I don’t blame her. We came home to minimal damage on our homes; lots of large tree limbs, a torn pool screen and some minor backyard flooding. It could have been so much worse.

I have decided that if I ever have to evacuate again it will be to Walt Disney World… hahaha I’m not sitting in the car that long ever again. Nope, no thank you!

These last few weeks my church has been going to southern Florida and volunteering with clean up where they got hit much worse than us. It has been so awesome to see through social media all of the help that is being given to those in need. Now, let’s just pray Hurricane Maria stays far,  far away.

View all posts by caitlynemily